PAGE RULES: ONLY IMAGES THAT CAN BE GUARANTEED TO HAVE NOT BEEN TAMPERED WITH WILL BE UPLOADED TO THIS PAGE.

IF YOU HAVE ANY IMAGES WORTH CONSIDERING IN RELATION TO NUMBER 30, OR INDEED HAVE COMMENTS AND OBSERVATIONS ABOUT ANYTHING HERE, DO PLEASE GET IN CONTACT.

EMMA, THE MURDERED GIRL? (below): Is this the image of the ghost of the young girl ‘Emma’ reported to be in residence at 30 East Drive? Shot in the darkness from the small bedroom toward the upstairs bathroom, we can make out the definite line of a dress like garment as the girl inquisitively leans out of the bathroom door and wonders why someone is sat in ‘her’ room uninvited? Or is the line of the dress actually that of a Habit and is an image of the Black Monk himself? A reconstruction of the entity can be seen below. Photographer: Amanda M 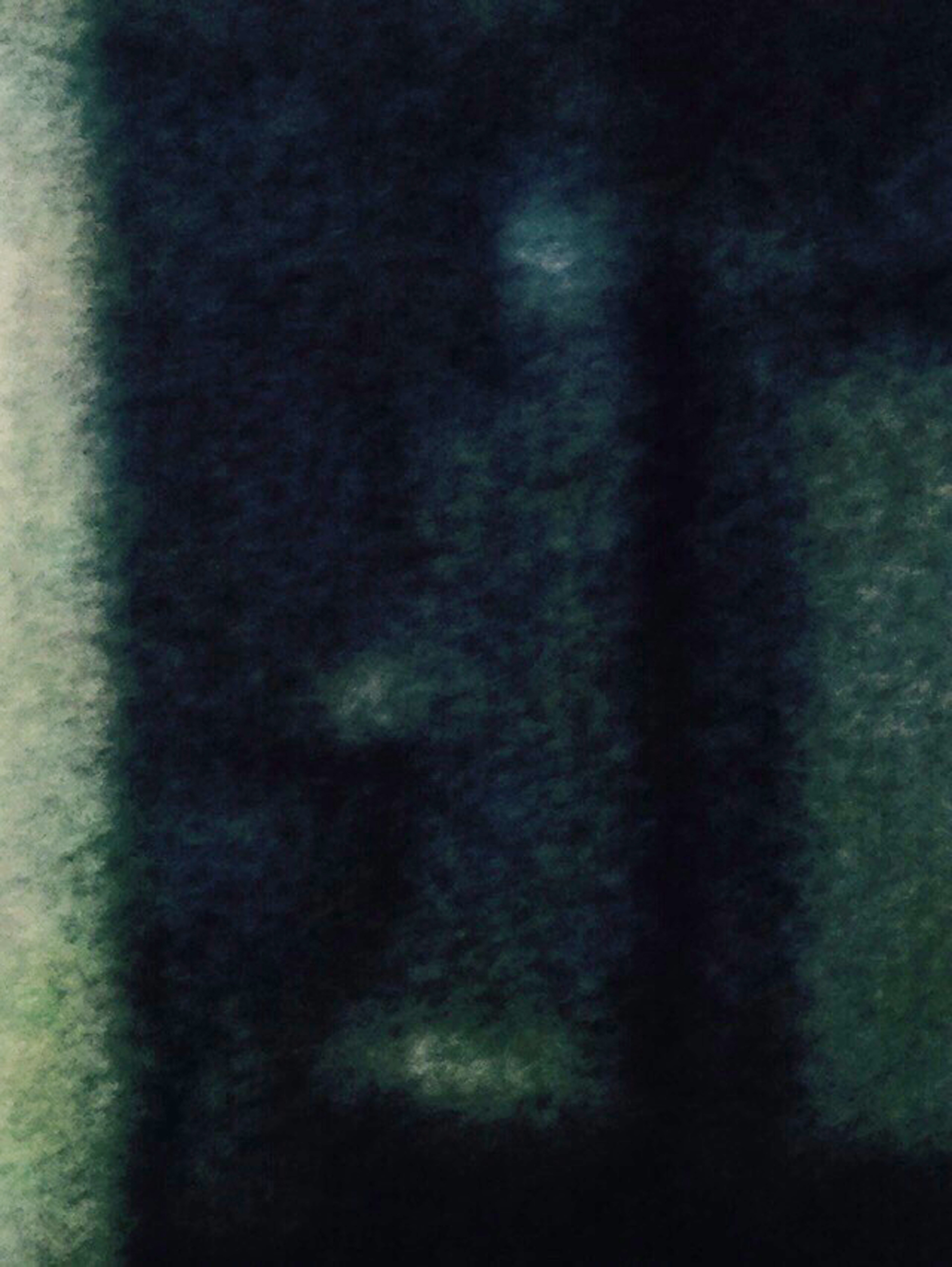 ‘EMMA’ THE MURDERED GIRL? – RECONSTRUCTION (below): Entirely guided by the lines clearly visible on this image (description above) this line drawing seems to reveal the form of what seems to be a young girl in an old fashioned dress. The disfigured face is most troubling, with what appears to be a contorted face and mouth. This may make sense of the theory that the girls raped and murdered by the Black Monk had their tongues violently removed from their mouths so as to silence them – a shocking process likely to cause serious disfigurement. But the staring eyes are somewhat demonic and the face a distinctly male form suggesting perhaps a different story altogether…? Flicking between the above image and the below will demonstrate how close the form has been followed by the illustrator. 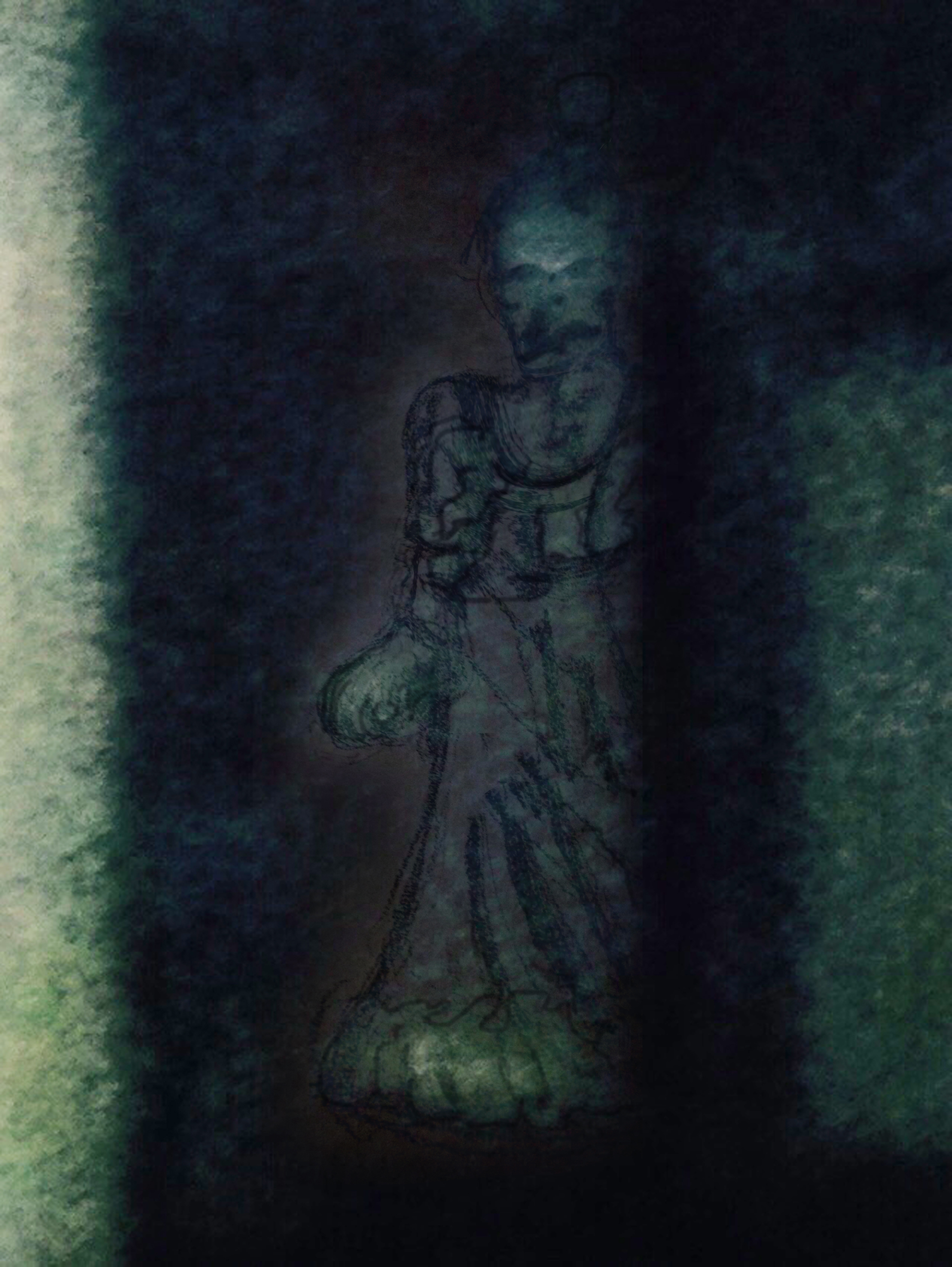 BLACKER THAN THE BLACKEST SHADOW (below): This jaw dropping image is the most graphic ‘black shadow’ image captured to date. Taken in broad daylight with a Canon 5D on a tripod fired remotely, it appears to show something with human form stood assuredly on the stairs looking up toward the camera. Is this the Black Monk himself? Is this the entity that has been known to shove people down the stairs? Photographer: Craig L 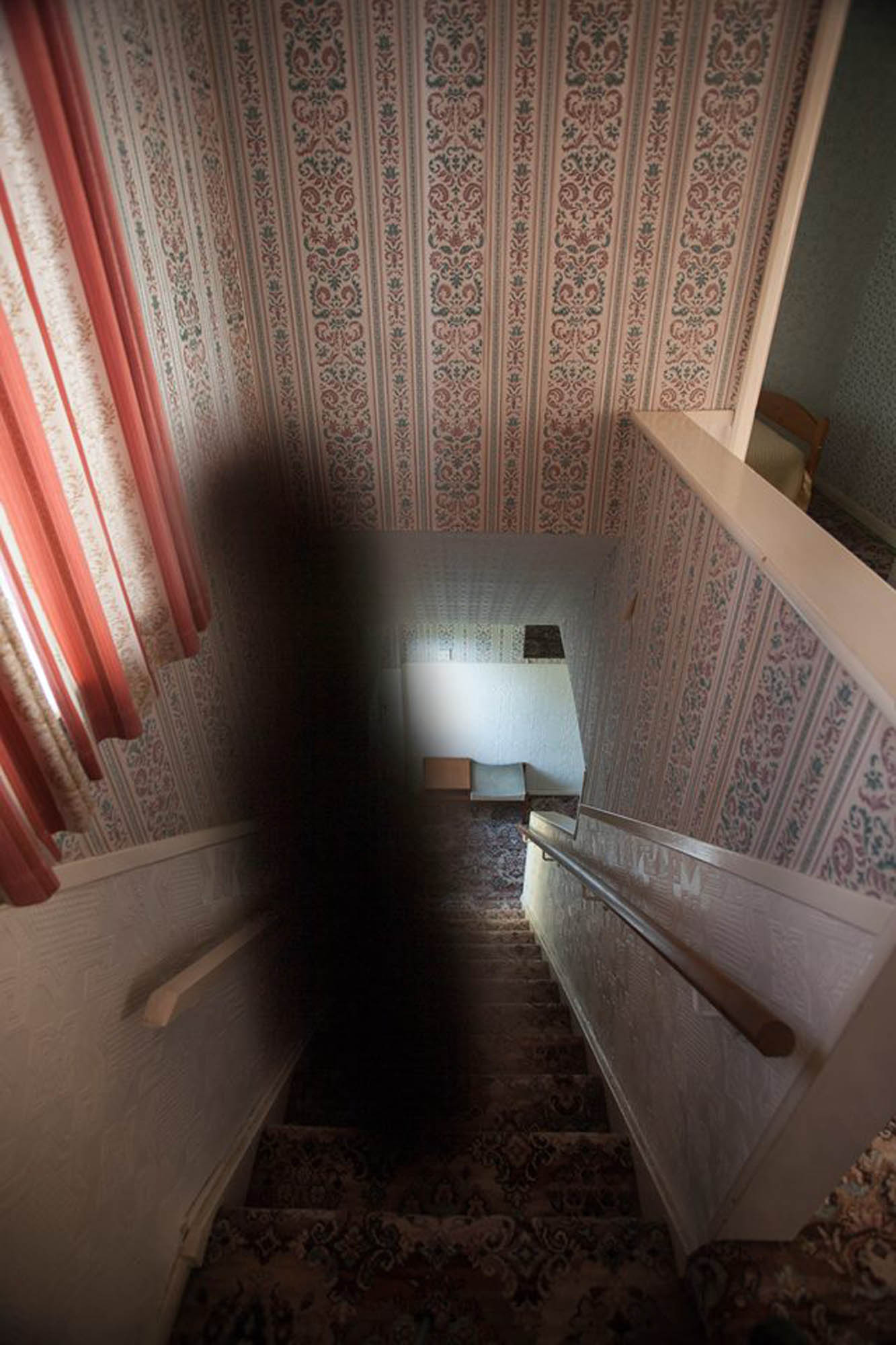 EDITOR’S NOTE: WHY THE ABOVE IMAGE IS GENUINE As this page asserts at the top, we take every caution necessary to ensure the validity of images that appear on this page. And whilst we might be talking about a mere ‘blob’ here – if you look closely there is something about the form, the angle of the head, the physical size, the distribution of the shadow, the ‘weight’ in relation to the stairs, the disappearing feet, the improbable blackness (the Editor – an image specialist by trade – would for example have made a more ghost-like shadow) and the perspective that makes us confident this is the real deal.

Strange though it may seem, it would take a very skilled artist to create a ‘blob’ with the above subtle characteristics, a real artist. For the sake of comparison we have here a faked shadow. You will see that whilst it may at first appear that the shadow is indeed an entity of some sort – when compared to the original on the right, it lacks all of the human like subtleties that the genuine article possesses.

But rather than leave it to chance, we have returned to the photographer and have retrieved the camera setting at the time (it helps establish some basics such as no flash, low light, longish exposure – supporting the need for a tripod as mentioned by the group – and is a camera that can be fired remotely from another room) and additional anecdotal information (e.g. the temperature dropped shortly before this picture was taken) as to the circumstances that lead to the capture of this incredible image. It’s legitimacy is further confirmed by other similar forms captured on the stairs by other visitors – see below.

STAIR THREAT (below): Two images taken in sequence from a camera fixed at the bottom of the stairs, the second seems to show a shadowy presence. Visitors are often advised to hold on while they descend this claustrophobic stairwell because of the occasional shove to the back from an invisible assailant – it this that assailant itself? Photographer: Andy E 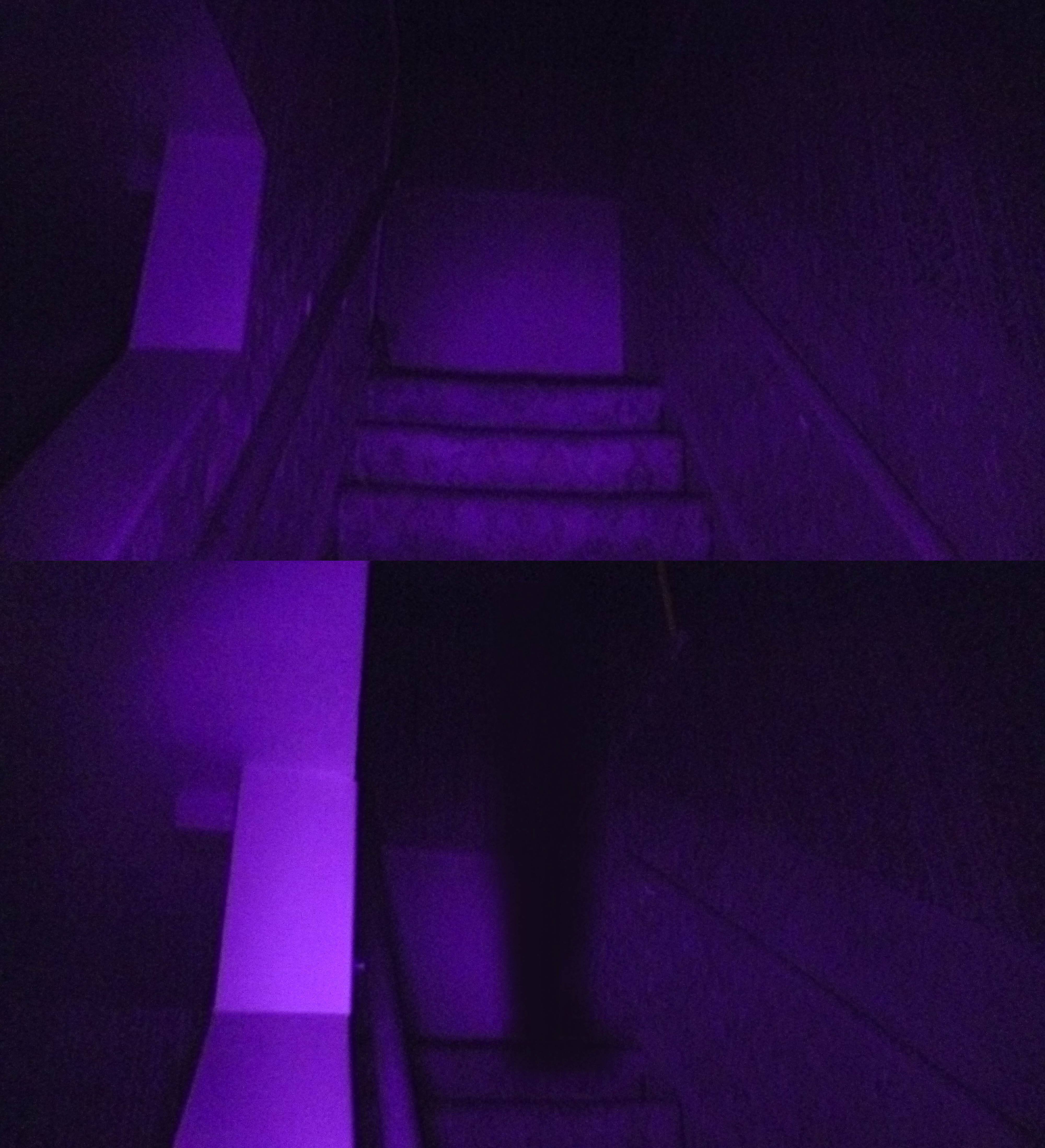 “HE’S AT THE BOTTOM OF THE STAIRS WATCHING YOU” (below): Two images taken in quick sequence clearly showing an anomaly in the right image. Carol the neighbour (and Medium) will occasionally point out to visitors that ‘he’ is stood at the bottom of the stairs watching, plus a ‘blue ball of light’ has been spotted a couple of times in the front door window on the left by passers by. Photographer: Andy E 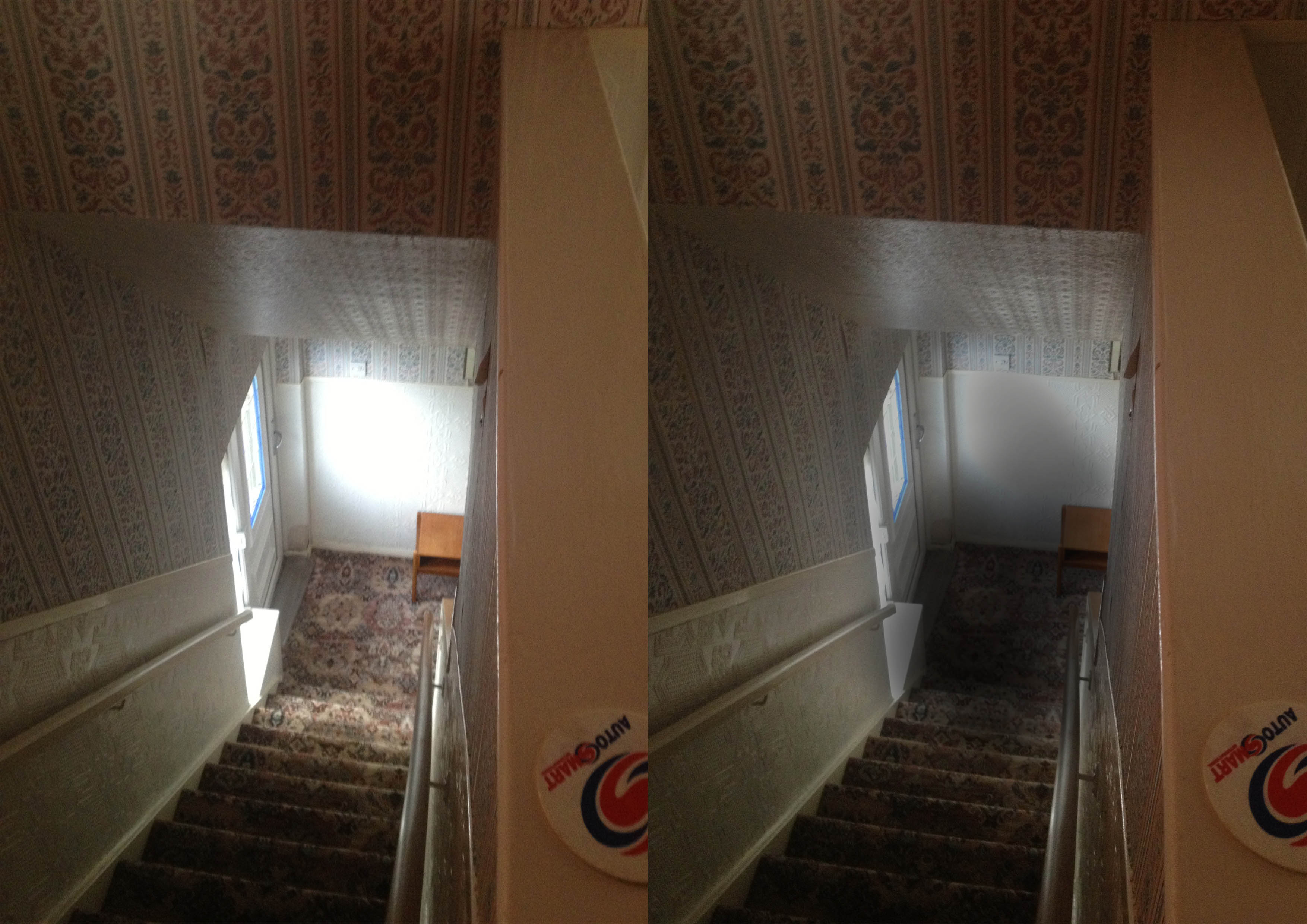 READING MAN (below): Notice the form of what appears to be a man sat reading behind the French doors to the kitchen. There was definitely no one in that part of the house at the time and definitely no casual reading of any material at any time that day. The chair sat in that corner behind the door is pictured bottom right. Photographer: Andy E 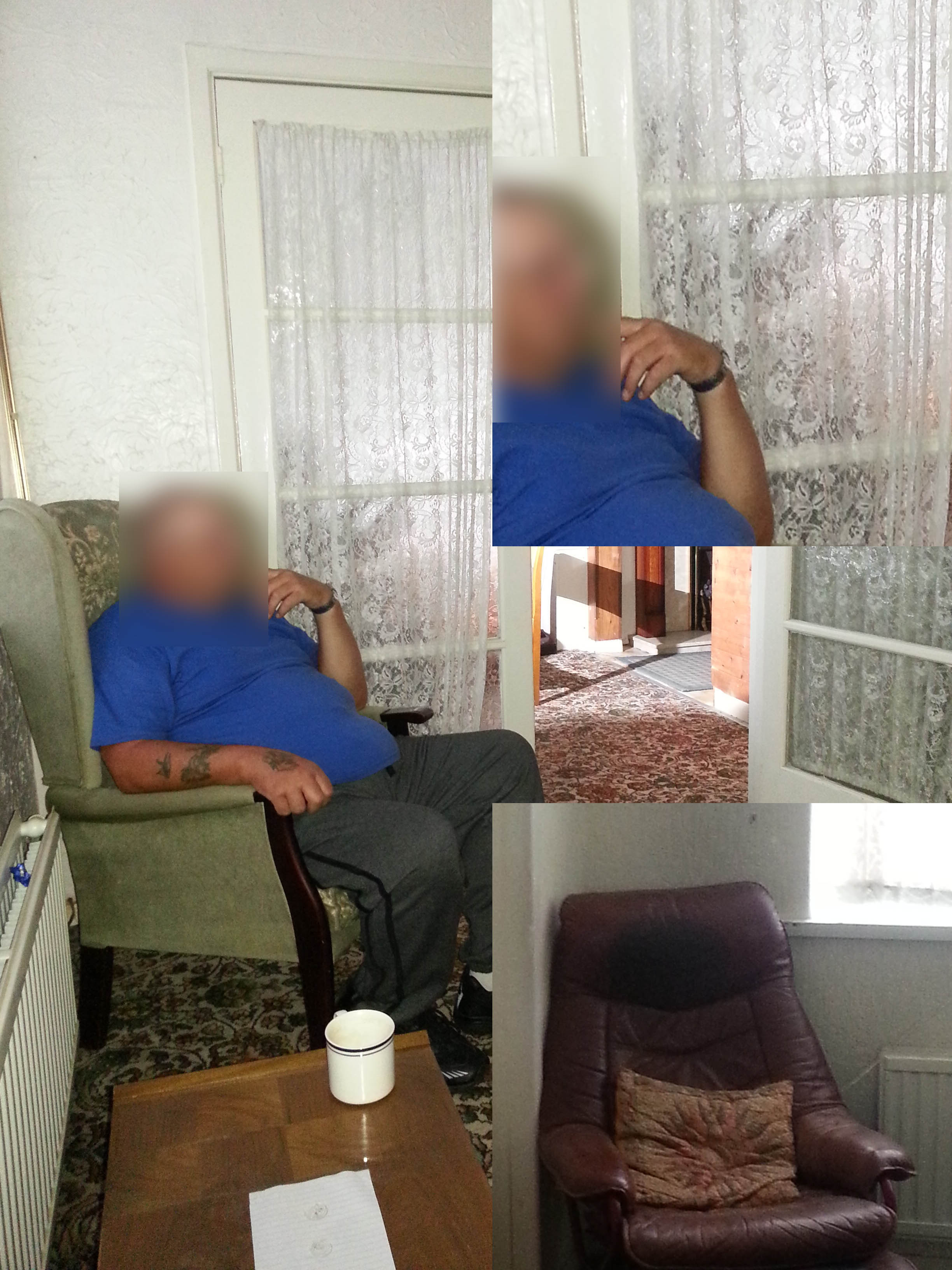 ORB COUPLE (below): A sequence of images appearing to show orbs with glowing eyes. Shot on a full spectrum stills camera, the orbs are described as ‘…entering the front room, observing inquisitively for a couple of minutes before leaving the room again.’ What is also interesting is that the softer orb seemed to stick very close to the brighter one suggesting perhaps that they were a couple of some kind? One thing’s for sure, we are not looking at insects or dust here… Photographer: Nicole A 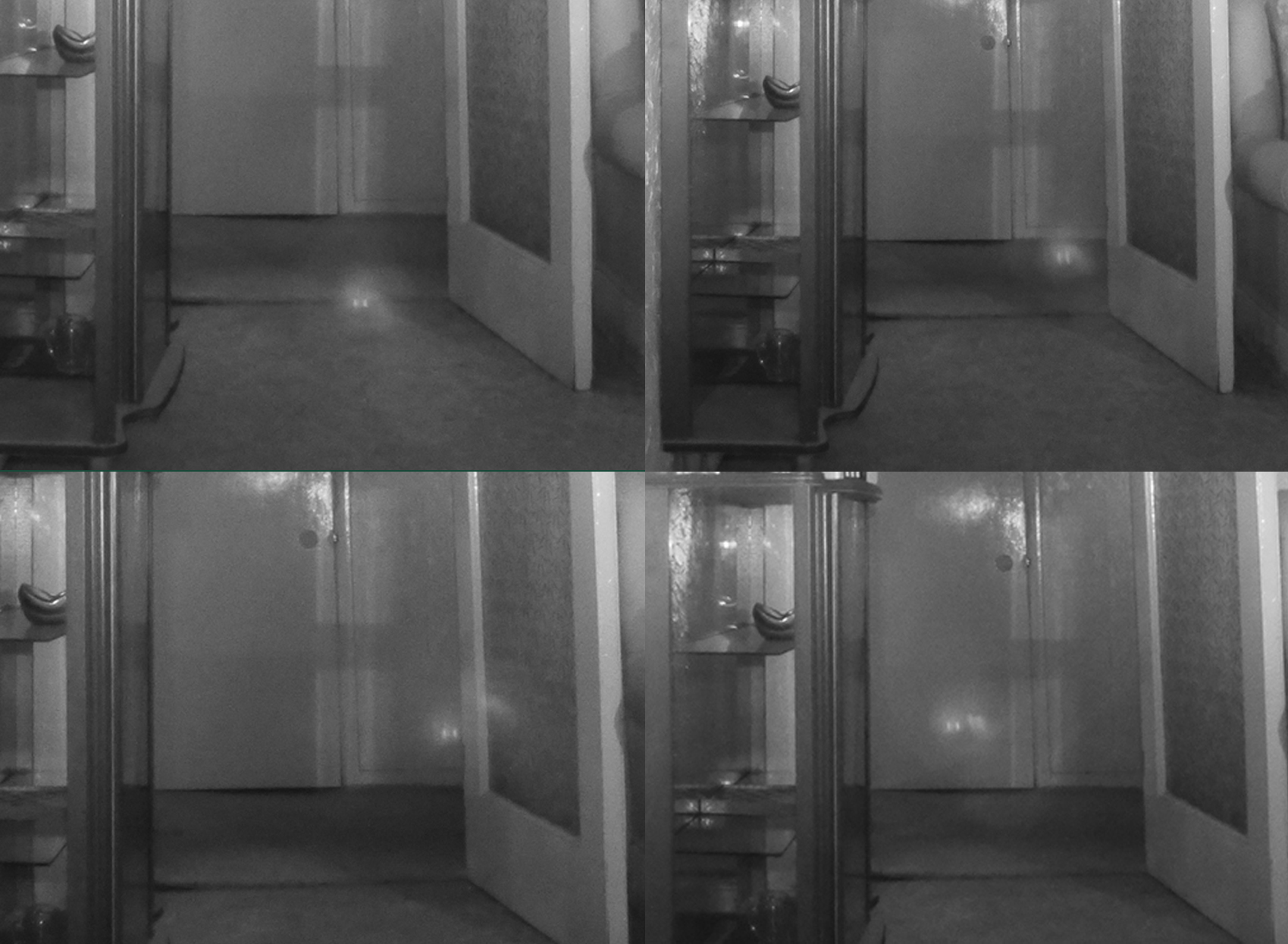 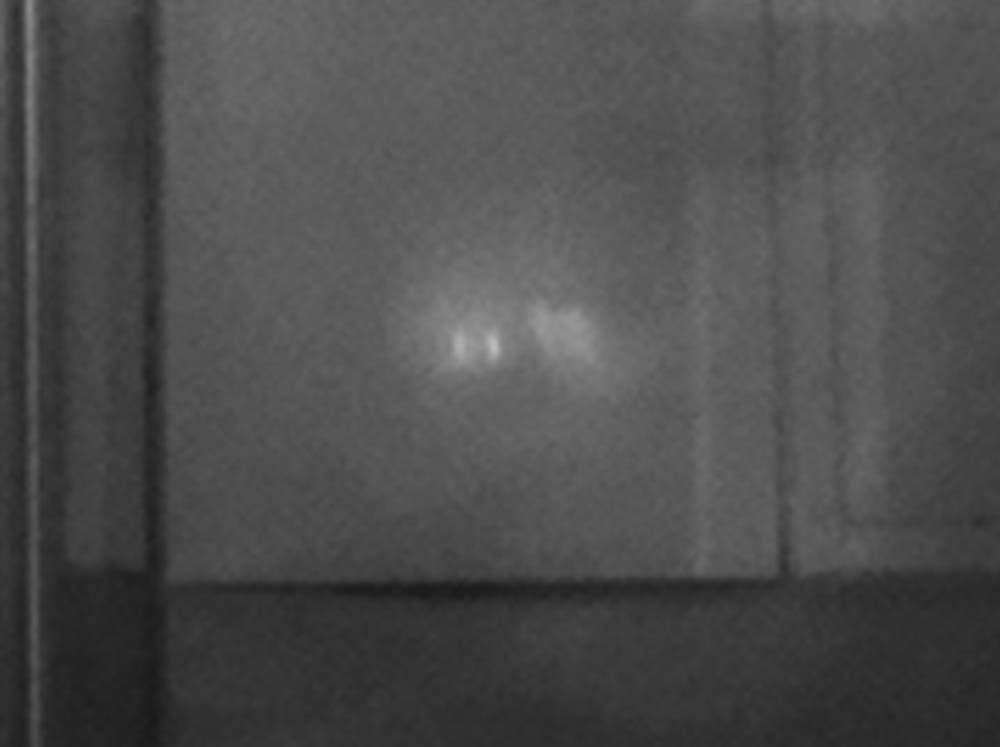 BIBLE MOVED (below): It’s the professionalism of the photographer in the field of Paranormal Research that firmly supports his claim that he took a picture of the Bible (on the left) when he first entered 30 East Drive, thinking that is was strange to see a Bible in a haunted house, then a second picture when he came down the stairs a little later after he noticed the Bible had moved. You can see his excitement at his discovery in the shaky camerawork on the right! Photographer: Andy E 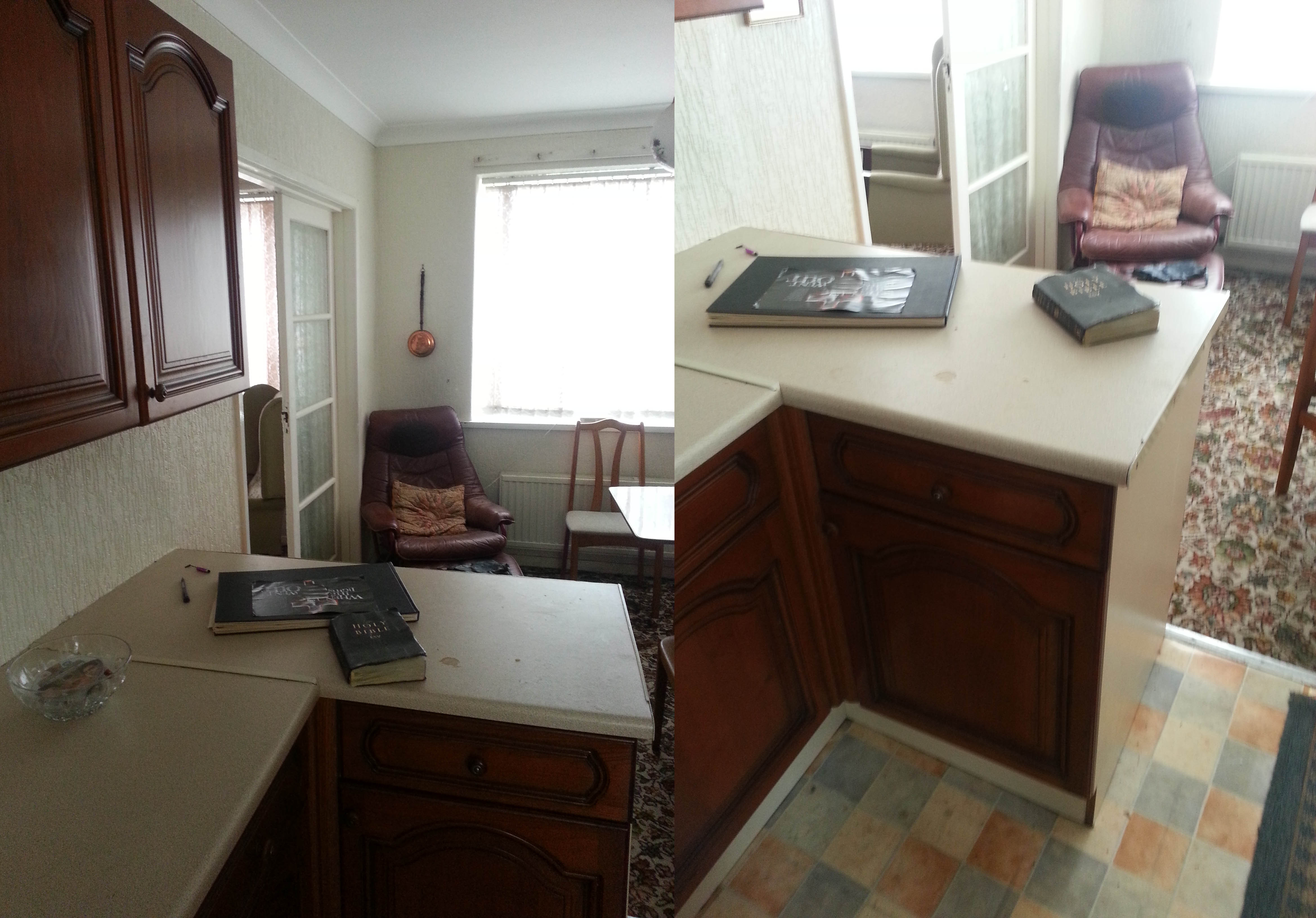 MALE FORM (below): Does this image show a strong male form? It was captured in the darkness in the ‘Parent’s Room’ and was only discovered when the photographer carefully reviewed her images. Photographer: Amanda M 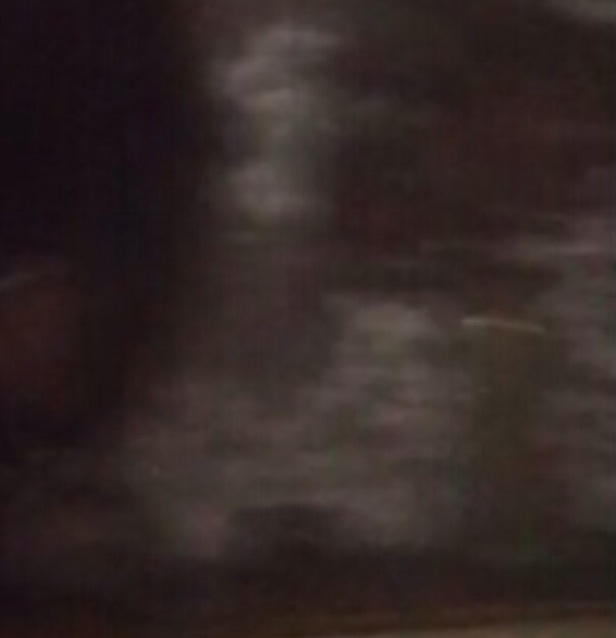 THE BLACK MONK? (below): This figure was taken from inside Philip’s bedroom of the landing. A random photograph not noticed until the photographer checked his camera later. Validated as being genuine by Father Gary Thomas (the priest portrayed in the film ‘The Rite’) and a top American demonologist. Is it the Black Monk himself, or a demonic entity of some other description? Photographer: Andy E 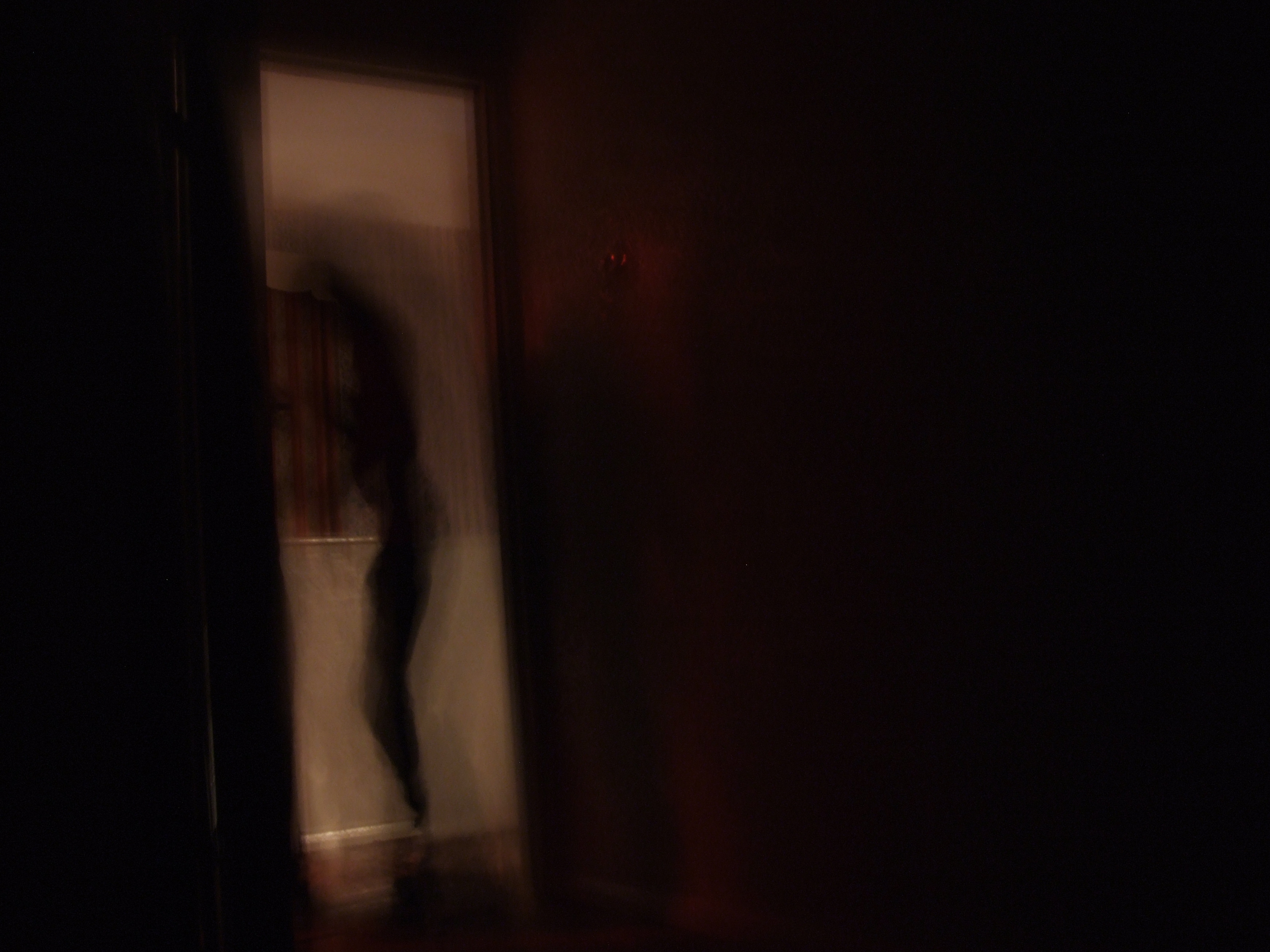 PINK ORB (below): This is probably the world’s first image of a pink orb as they are (to our knowledge) always white. This set of images in sequence shows a pink orb passing confidently in front of the videographer. It went on to show a particular interest in the woman in the picture. Videographer: Member of Barry D’s group.

SHADOW ANOMALY (below): Having worked with photographers and being a keen photographer himself, the Editor has difficulty in working out how the effect in the next two images could be achieved accidentally or deliberately by the photographer, save for a pointless bit of ‘photo-shopping’. Admittedly, not as dramatic as some of the above images, but never the less an ominous shadow of inexplicable origin and worthy of being exhibited here. Photographer: Steven J

SHADOW ANOMALY 2 (below): Continuing on from above – the only way that this ominous, dark, tight shadow could possibly be achieved (other than photographing a genuine anomaly) would be a carefully positioned object in front of the flash – a wayward finger at a stretch. Also strange are the presence of the child’s pram, ball and snow shaker; they are always returned to ‘Diane’s Room’ but are often found elsewhere. Photographer: Steven J 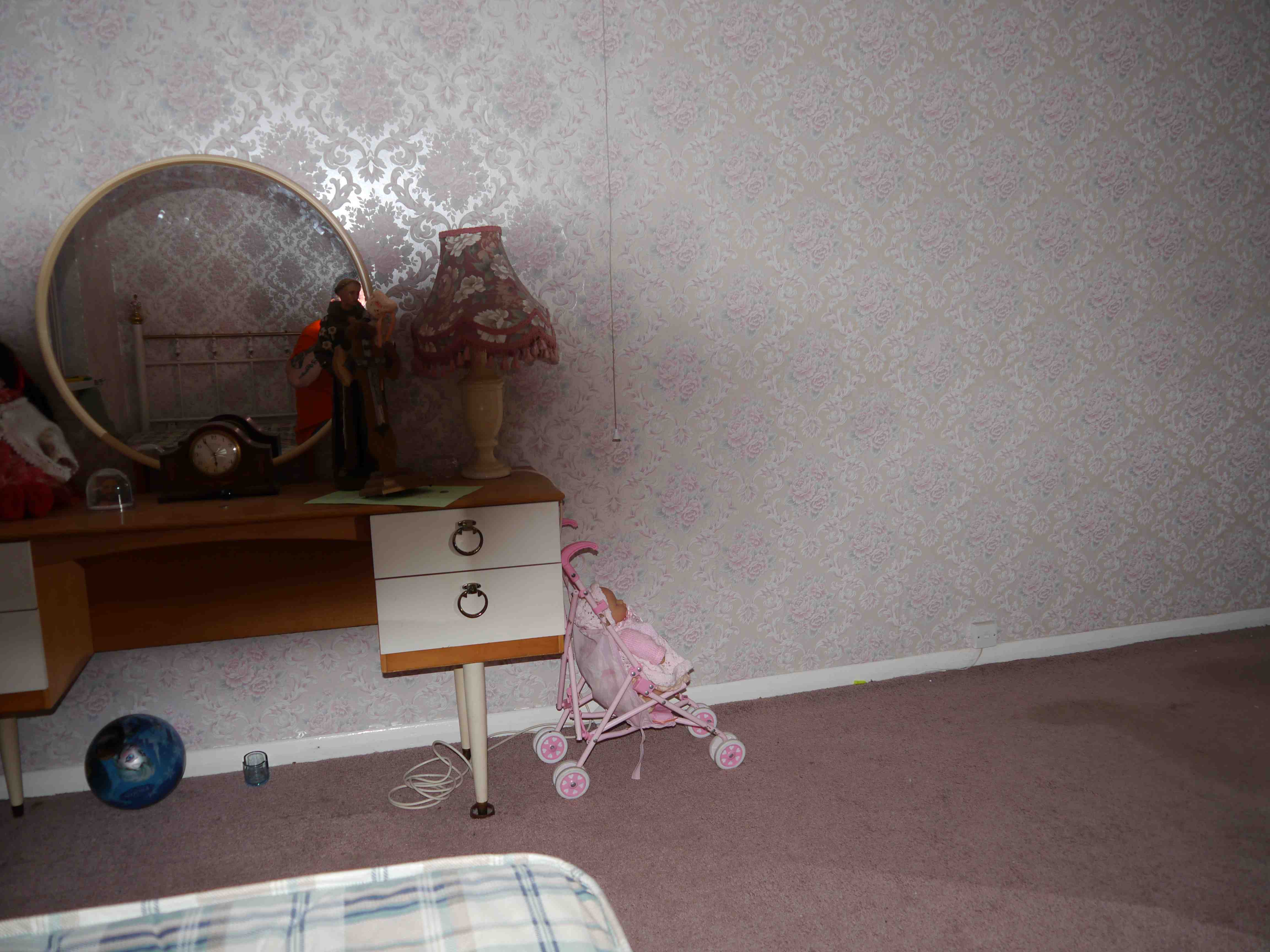 HE’S BEHIND YOU! (below): Anecdotal evidence suggests that poltergeists are very difficult to capture on film, presumably because they are a little camera shy? But what if they see that the camera is pointing the other way? Into a mirror! This very interesting photo taken of the mirror on the upstairs make-up table seems to hide a very convincing form of a monk’s habit? Can you spot him? There is an enlargement below the original image posted here. Photographer: Friend of Jordan P 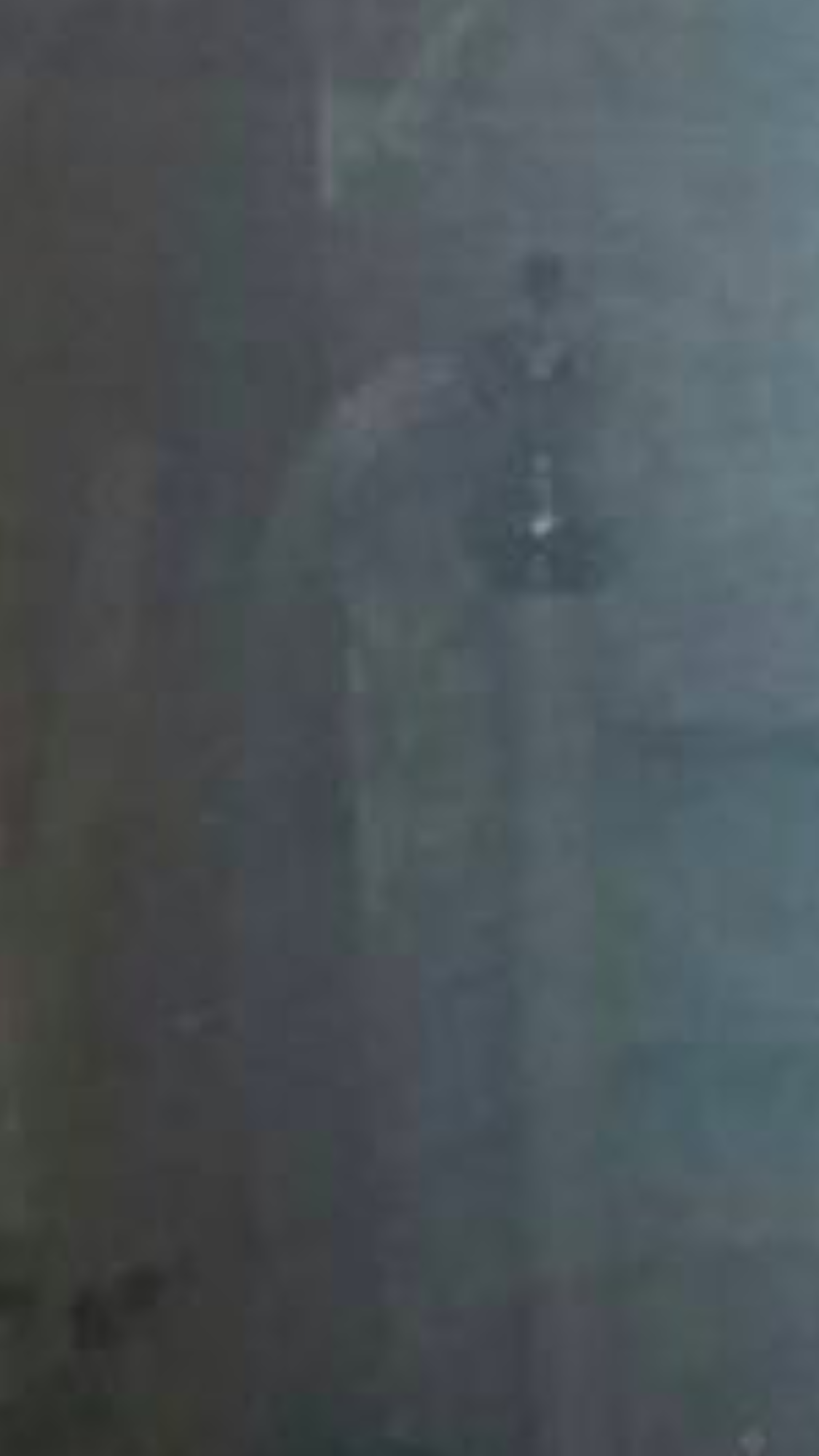 THE JUG THAT FILLED ITSELF. (below): We have all heard of the incredible ability that poltergeists possess to do impossible things with objects, particularly what we would describe as ‘teleportation’ – the ability to move one solid object from one place to another often through other solid objects (walls, closed boxes etc) – but teleporting water??

The visitors used this little jug to fill up a dog bowl, they left the jug on the front room floor. The visitors chatted for a little while, then checked to see if the dog had drunk its water – only to discover that the JUG HAD FILLED ITSELF BACK UP! You can see the original picture below and a close up below that, where you can see some light refracting at the bottom of the jug indicating the presence of water and a glint of light on the edge of the water showing that the jug is filled to the very brim. Showing off or being decent? You decide! Photographer: Amanda M 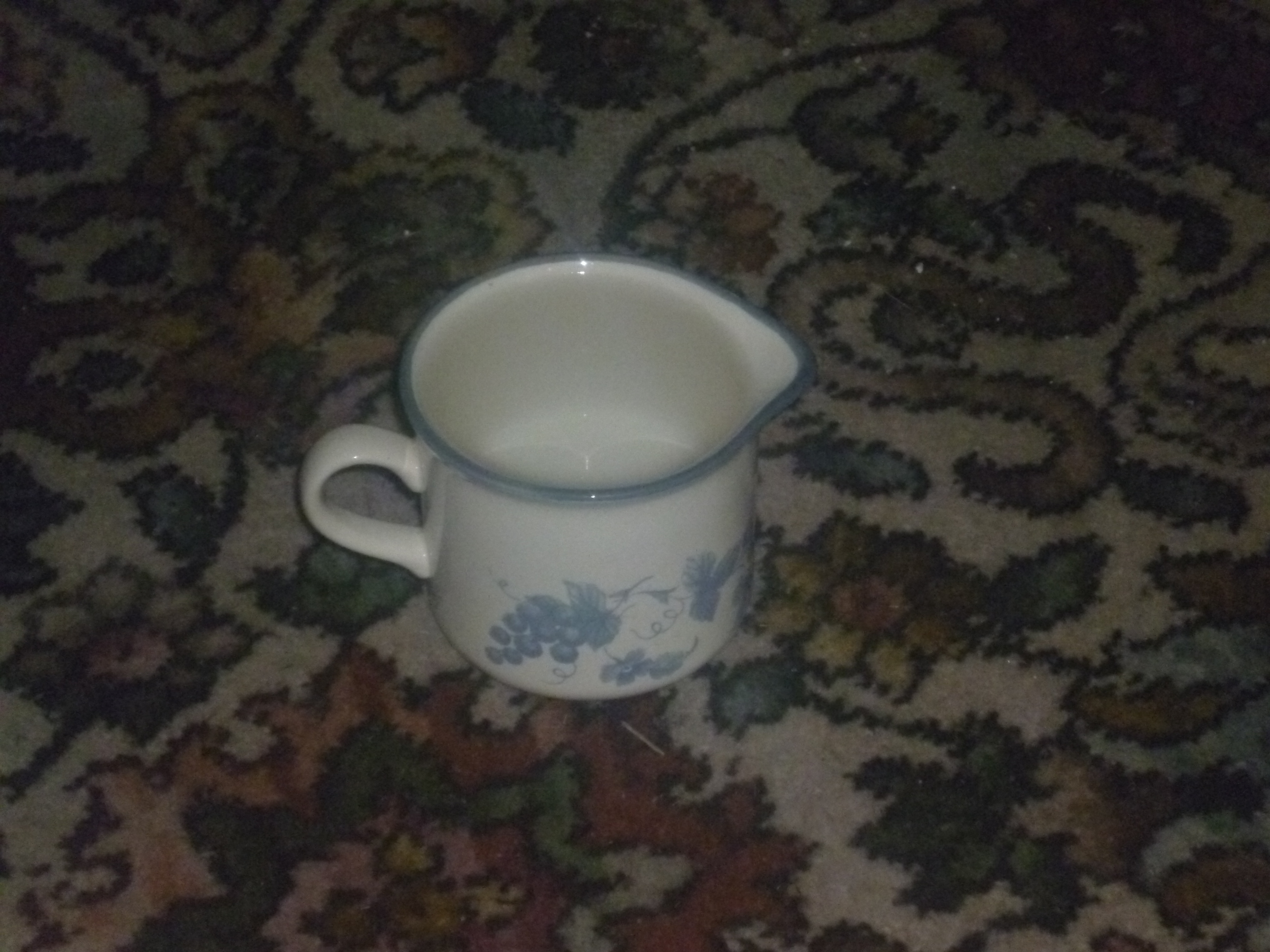 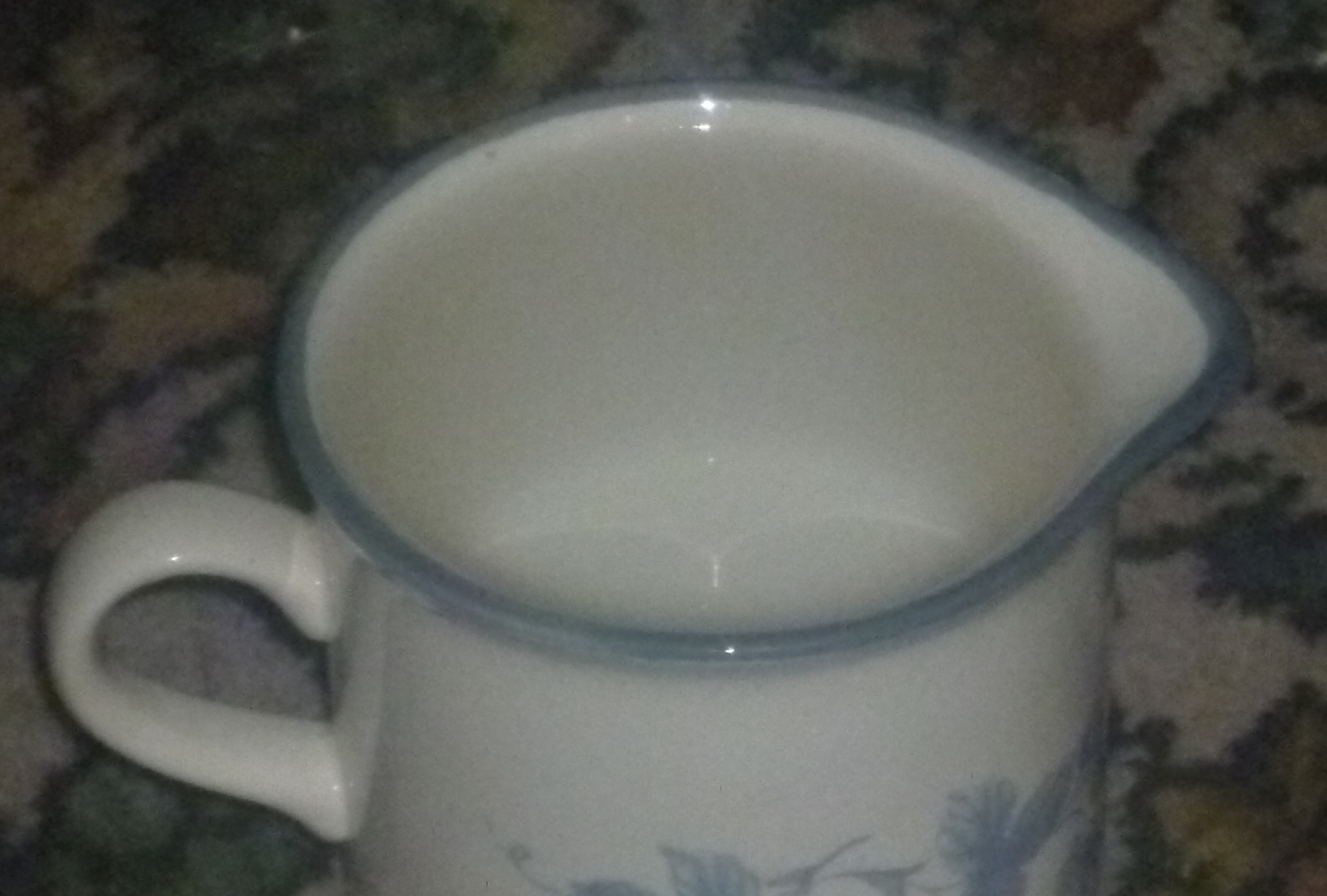 BLUE ‘BALL’ CAPTURED (below): There have been numerous reports of a ‘blue ball of light’ being seen at 30 East Drive, including from passers by. This peculiar anomaly was captured using a standard camera in the front room. What it is is anyone’s guess (in 35 years of photography I have never seen an anomaly like this: Ed) but it’s easy to imagine this blue ‘electrical squiggle’ in motion forming a visible ball of energy. Photographer: Craig L 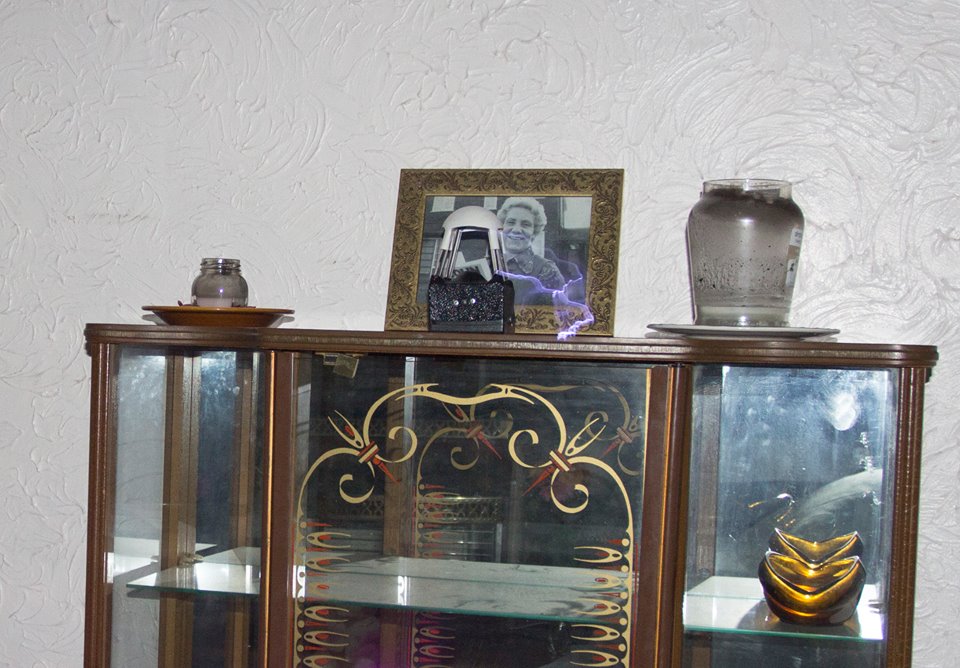 SHADOW OF A ROUNDHEAD? (below): We know that 30 East Drive (and much of that area due to its high vantage point over Pontefract Castle) was built on a Civil War battle site, Pontefract Castle being a Royalist stronghold before Cromwell had it destroyed. So does that in some way explain this sharp outline of what appears to be a Civil War soldier holding an ‘axe pike‘? Photographer: Andy E 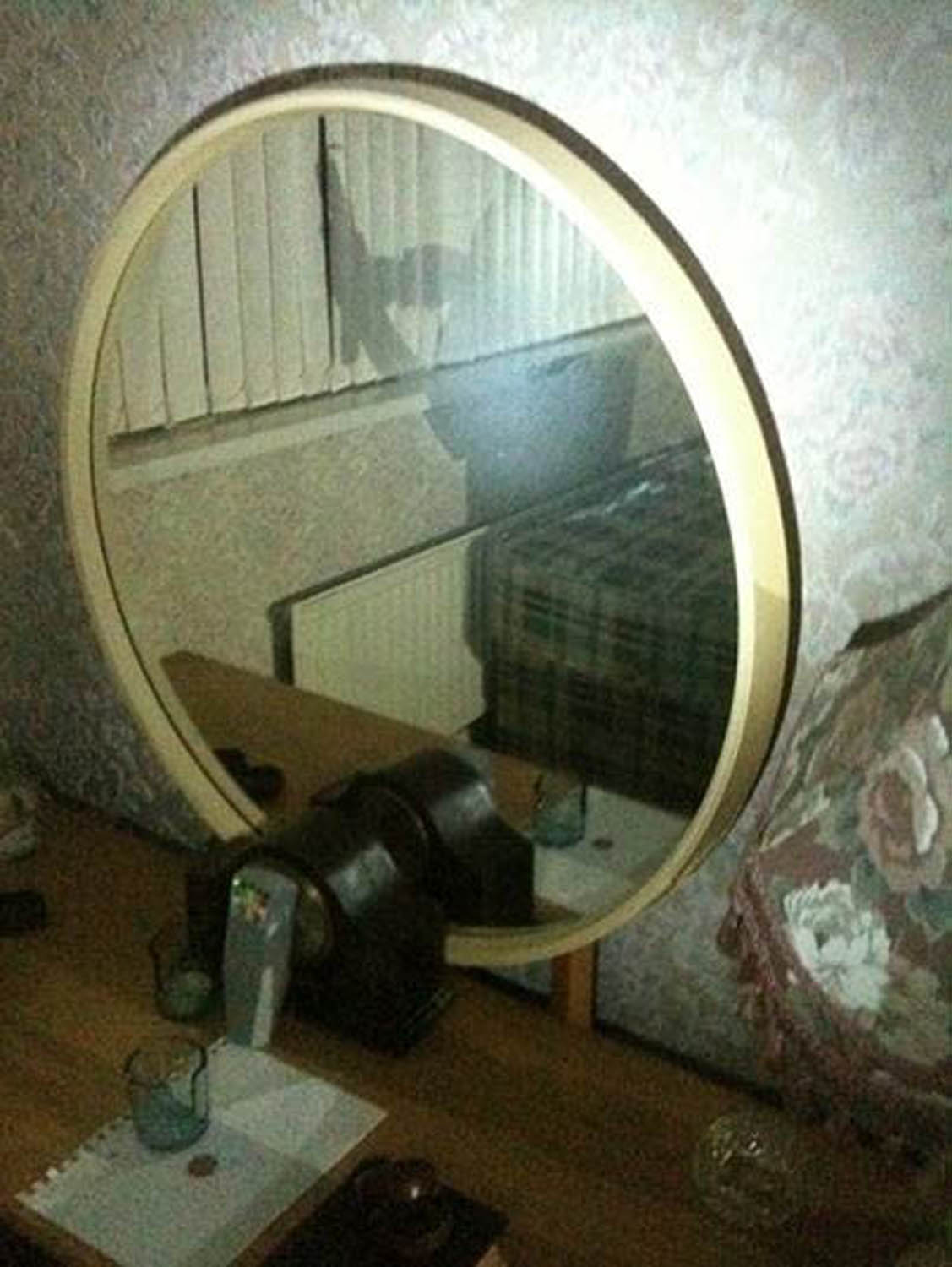 WORLD’S FIRST ‘DISC ORB’ (below): This sequence shows an object passing the camera like like a tiny flying saucer. To our knowledge nothing like this has ever been seen or captured captured on video at a paranormal location before (enhanced image). Photographer: Steve H 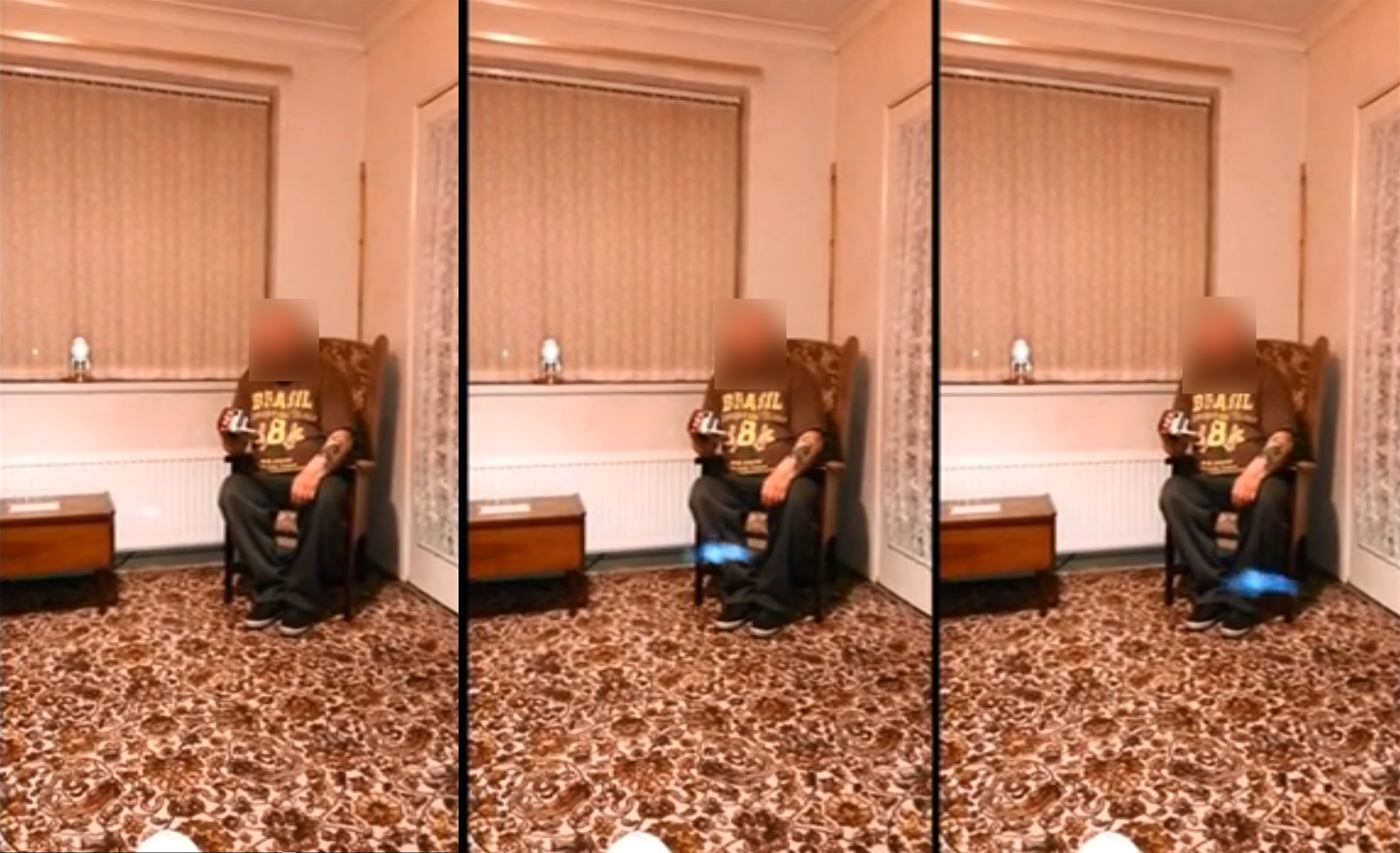 IF YOU WOULD LIKE TO READ MORE ABOUT 30 EAST DRIVE, WE ARE THRILLED TO BE ABLE TO RECOMMEND ‘DON’T LOOK BACK IN ANGER’ BY ANDY EVANS, THE CONTRIBUTOR OF SEVERAL OF THESE IMAGES AND LONG TIME VISITOR TO THIS INCREDIBLE PLACE.